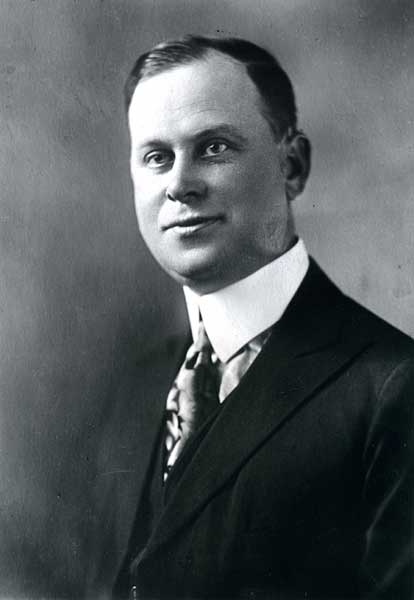 “The only law in Sing Sing is Lawes.” – Lawes on his tough-but-fair prison regime.

Lewis Lawes occupies a contradictory place in American penal history. His detractors often accused him of coddling prisoners, of being too soft when a hard-line approach was considered the best (and often only) way to handle New York State’s toughest prisoners.

When hard-timers deserved only hard time according to many within and without the penal system Lawes stood out for treating them like people instead of animals. When officers or prisoners alike had complaints they knew they’d be dealt with fairly. That didn’t always make him popular then or now, but he survived twenty-one years of attempts to oust him, riots, escapes and probably far too many executions. By no means universally admired Lawes was respected by the majority of Sing Sing’s residents, staff and convicts alike.

The son of a prison officer, Lawes came up from the bottom. An artilleryman and insurance salesman before joining the prison service, he came up from the bottom by signing on as a guard himself and rising through the ranks. By the time he took the Warden’s chair at Sing Sing (well-known for making the most enthusiastic Wardens quit after only weeks or months) his prior experience served him well.

Service at Dannemora and Auburn maximum-security prisons, the Elmira Reformatory, the New York City Reformatory on Hart Island and as Warden at the Massachusetts State Prison equipped Lawes with all the knowledge and experience he needed when Governor Al Smith invited him to run Sing Sing. Taking over on January 1 1920 he had to hit the ground running. Only one week after taking charge Lawes had to supervise a grim ritual that was already all too familiar to him, an electrocution.

On January 8 1920 murderer Vincenzo Esposito paid the ultimate penalty, the first of sixteen that year including five in one evening. All told Lawes would supervise just over 300 electrocutions, the last being the double death of Dewey Garrett and Stanley Cole on July 10 1941. He found himself handling more than any other Sing Sing Warden. Lawes, firmly opposed to capital punishment, found himself America’s most prolific practitioner and most high-profile abolitionist at the same time.

Although both supervising executions and hating them at the same time Lawes never actually watched Sing Sing’s condemned actually die. He would make the arrangements, meet and greet the witnesses, ensure that everything was in order and personally signal the State Electrician (there were three during his tenure), but always shut his eyes just before the current flowed. It was the part of his work he hated most, yet refused to pull rank and have his deputy do the job instead. It was part of his job, therefore his personal responsibility.

Being a former guard himself Lawes was wise to the ways of convicts and guards alike. When he began introducing reforms aimed to make the nation’s most notorious prison a place of reform and rehabilitation instead of suffering and retribution. He couldn’t free Sing Sing of being the nation’s leading death chamber (that was out of his hands) but he could campaign against the death penalty.

He could also devise and enforce a new, tough-but-fair regime based on humanitarian reform instead of instant brutality. Under Lawes many reforms were brought in, some of which still exist today. Faced with a need to reform the prison and its staff culture in order to reform the inmates he did so with a vengeance.

He made many political and penal enemies in doing so. The old guard often didn’t agree with his approach and his attitude to brutality and corruption saw many undesirable officers fired and replaced. Political adversaries, keen to push hard-line penal policy, were unable to decry him as being a mere administrator who didn’t really understand convicts. Former guard Lawes could, probably better than his political enemies.

His talent for publicity afforded him a platform for his reform-minded beliefs and opposition to capital punishment. It also offered some protection against the machinations of those who would happily see him gone and another old-school Warden restore order (as they saw it) to a prison regime that increasingly emphasised rehabilitation over retribution. The good times, though, couldn’t last forever. Ironically it was a couple of Sing Sing’s own inmates (Lawes called the inmates ‘my boys’) who finally brought him down.

On April 13 1941 Joseph ‘Whitey’ Riordan, Charles McGale and john ‘Patches’ Waters shot their way out of the prison hospital and Sing Sing itself using guns smuggled in by accomplices Eddie Kiernan and William Wade., killing Keeper John Hartye and local police officer James Fagan in the process. Convict McGowan Miller, in the hospital when Hartye was murdered, suffered a fatal heart attack. Waters was shot dead by Fagen and his partner William Nelson.

Quickly recaptured, Riordan and McGale were tried, condemned and returned to Sing Sing to await execution. Kernan and Wade drew stiff sentences for aiding the escapers. For Lawes it was one conflict too many and all his enemies needed to bring him down. By the time Riordan and McGale walked their last mile on June 11 1942 Warden Lawes was gone.

His opponents took full advantage of the crisis to paint him and his reform regime as being responsible for one escape, three one fatal shooting two murders and two electrocutions. Had Lawes ruled with an iron rod, they argued, the escape wouldn’t have happened. Mourning the recent death of his wife and in imperfect health, Lawes resigned, leaving Sing Sing and New York’s penal system forever on July 1 1941 only days after the executions of Dewey Garrett and Stanley Cole. He was replaced by Warden Robert Kirby.

Today Sing Sing’s legendary Death House, the construction of which Lawes supervised, is a vocational shop offering convicts the chance to learn a trade. Lawes, whose reforms are seldom acknowledged by New York’s Department of Corrections today, would doubtless have appreciated the change.

The career of Lewis Lawes and the prison he ran appears more extensively in my forthcoming book ‘Murders, Mysteries and Misdemeanors in New York,’ out on November 25.