Famous (and not so famous) Last Words.

A person’s last words are often revealing, telling us something about them and their outlook on the life. Coming, as they do, right before that person’s death, it often doesn’t really matter to that person what they say or how it’s interpreted afterwards. From the intentionally funny (gangster George Appel), to the philosophical (spy Mata Hari), to the steely and courageous (Marshal Michel Ney), to the defiant (Australian soldier William ‘Breaker’ Morant), all usually tell us something, even if it’s only what they were thinking or feeling at their final moment.

Supposed superspy Mata Hari, for example, is quoted as saying in her final letter before the firing squad in 1917 ‘Everything is an illusion.’ A philosophical remark, you might say but, given that she was less a master spy and more an expendable dupe served up on a plate to appease French ‘spy fever rampant in 1917, could just as easily have been a comment on her entire existence. She was never a Balinese exotic dancer, her alias ‘Mata Hari (meaning Eye of the Dawn’ in Javanese) should have been ‘Eye of the Storm’ as she merrily blundered her way around war-torn Europe, bouncing from one scrape to another until her own naivete finally sealed her doom.

Queen Elizabeth I was equally philosophical, summing up the feeling, perhaps, of many a dying person who knows the end is near:

“All my possessions for one moment of time.”

New York gangster George Appel opted for humour, albeit of a distinctly tasteless variety. In 1927 he’d been convicted of capital murder. In 1928 he’d just walked his ‘last mile’ between the ‘death house’ cells and execution chamber at the notorious Sing Sing Prison and was standing right in front of the electric chair when he made one final statement to the reporters and officials who’d come to watch him sit in the infamous ‘hot seat’ and ‘ride the lightning.’ His final words?:

In 1966, Oklahoma murderer James French, the last Oklahoman to be electrocuted before that State switched (no pun intended) to lethal injection, opted for similarly-tasteless food-based wittery. His response to reporters talking to him hours before his execution was blunt and to the point:

“Hey fellas! How about this for a headline for tomorrow’s papers? ‘French Fries.’” 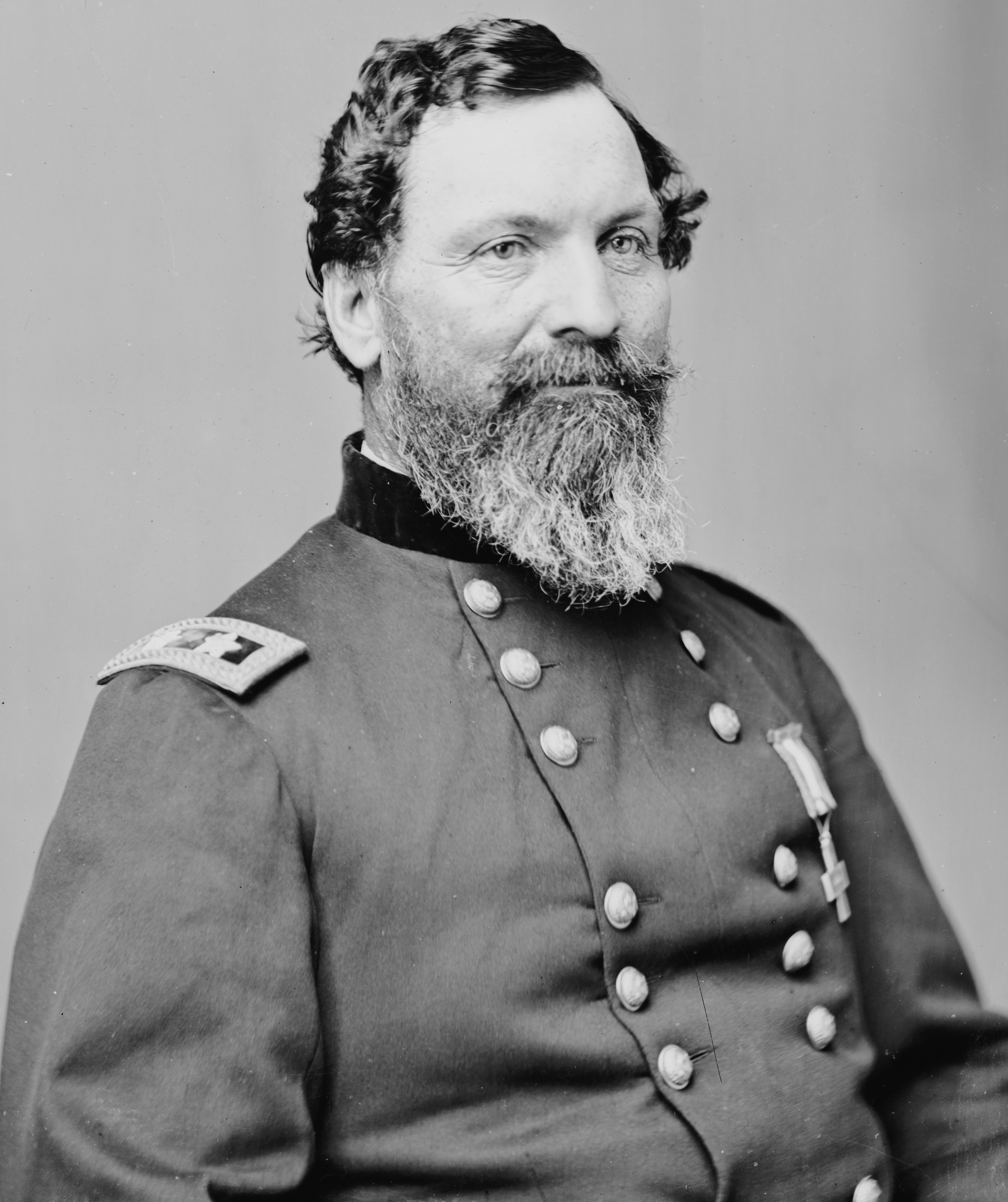 One of the most famous, unintentional and wildly inaccurate final statements comes from the American Civil War and General John Sedgwick. During the Battle of the Wilderness in 1864 Sedgwick, wanting to inspire by example some nervy staff officers, stood up to his full height in spite of Confederate gunfire and loudly declaimed:

‘They couldn’t hit an elephant at this dist-“

Unfortunately for the suddenly-late General Sedgwick, they could. And they just had.

Douglas Fairbanks was equally off-the-mark. Shortly before suffering a fatal heart attack in 1939 he rose up in his bed (having had a previous heart attack only hours before) and uttered a remark that proved far more immortal than its originator:

Oops, Dougie. You might have been wrong on that one.

Repentance for past sins is a hardy perennial when choosing one’s final, parting words. Former Continental Army General Benedict Arnold, who had betrayed his American comrades to the British and spent his final years in exile, departed his rather sad and depressing existence thus:

“Let me die in the old uniform in which I fought my battles for freedom. May God forgive me for putting on another…” 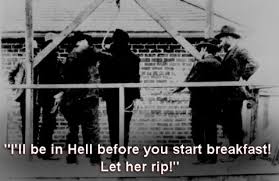 Decidedly less repentant was New Mexico outlaw Tom ‘Black Jack’ Ketchum in 1901. Complaining bitterly about being hanged at dawn, and being denied a final breakfast in the process, he loudly declaimed:

“I’ll be in Hell before you start breakfast! Ler her rip, boys!”

They did. The length of drop was too long for a man Ketchum’s burly height and weight and the noose neatly (and messily) beheaded him when he reached the end of the rope. Still, at least he wasn’t hungry for too long.

The last word on, well, last words, rightly goes to Napoleon’s favourite general after the disastrous Battle of Waterloo in 1915. Marshal Michel Ney was legendary for his courage, known in fact as ‘The bravest of the brave’ for his seemingly total fearlessness on battlefields all across Europe. Originally sent to capture Napoleon after his escape from exile on the island of Elba, Ney instead threw in his lot with his former Emperor and turned traitor in the process. On being captured, tried and condemned for treason, Ney was asked the night before his execution if he had any last requests and he did. Remarkably, he wanted to command his own firing squad. And the authorities let him. His final words to his executioners were:

“I have fought a hundred battles for France, and not one against her. Soldiers… Fire!”

Whatever you may think of his turning his coat, Marshal Michel Nay’s courage is not in question.