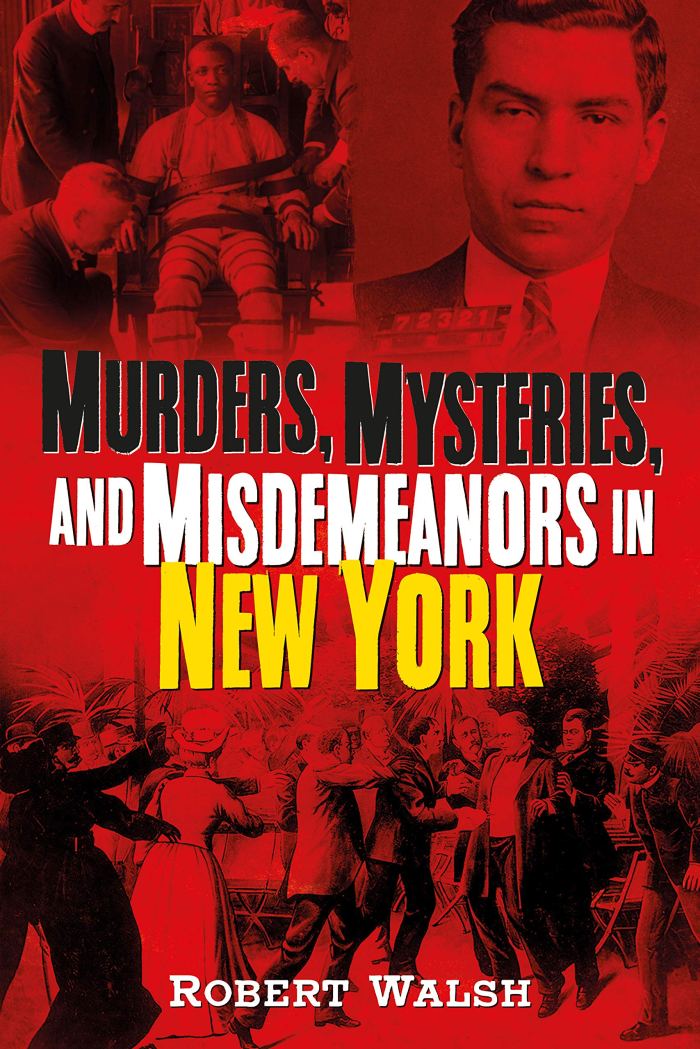 It’s been some time since I last posted, but I’ve been hard at work on the new book. Sixteen of New York’s most interesting crimes and criminals are featured. Some are famous, some are not, but each one has its own particular importance.

New York’s criminal history is rich, varied, tragic and often brutal, offering a portrait of a state and city’s steady progression and evolution. Its more notorious names and deeds are already well known but others, no less important than the usual fare, are often overlooked. This is an attempt to put them back in their proper place, both in New York’s history and the chronicles of crime.

For instance many will have heard of the first convict ever to be electrocuted (William Kemmler in 1890). He was also New York’s first, but its last (Eddie Lee Mays in 1963) is a name you’ll seldom hear. Nor are you likely to have heard of Roxalana Druse (New York’s last woman to face the gallows) or of its last two men (Harry Carleton and John Greenwall).

Raymond Fernandez and Martha Beck (AKA the Lonely Hearts Killers) died at Sing Sing in 1951 amid a blaze of publicity. Two other condemned killers died with them, but they barely see a mention (if any) in accounts of the case. Pick up a copy and you’ll find out who they were and what crime they committed.

Another featured case is the assassination of President William McKinley. McKinley’s story has been told many times, but that of predecessor Grover Cleveland far less so. Cleveland is remembered as a President, but far less as a former hangman who, in the language of the time, ‘launched into eternity’ not one murderer atop the gallows at Erie County Jail, but two. If you’d like to know who they were and why they came to die at such distinguished hands, look no further.

The book comes out on November 25 and can be pre-ordered from Amazon, Barnes and Noble, Book Depository and Dymock’s among others. I’ll keep people posted as the launch date approaches.

One thought on “Murders, Mysteries and Misdemeanors in New York, out on November 25.”