True crime is one of the fastest-growing genres for writers today and it polarises opinion among readers and writers alike. Many consider it a genuinely useful genre that, tastefully and intelligently written, can contribute to greater understanding of criminals, their crimes and their motives. There are also those, especially of the more ‘highbrow’ mindset, regarding the genre as at best voyeuristic, at worst outright sleazy and its writers as peddling ‘trash for cash.’ Neither opinion is entirely accurate, but neither is entirely unfair either. True crime writing varies from ‘cash in’ hackwork appearing almost as soon as particular crimes are committed to genuinely intelligent, far-more-tasteful work making a real effort to educate and inform the reader.

Like any other genre true crime has its big names like Ann Rule, Wensley Clarkson, former FBI undercover agent Joe Pistone and lawyer Vincent Bugliosi. Bugliosi’s book ‘Helter Skelter’ covers his successful prosecution of Charles Manson and his ‘Family’ and is still the biggest-selling true crime book with 7 million copies sold. Celebrities like actor Ross Kemp have produced well-received work such as Kemp’s ‘Gangs’ books and bookshop shelves everywhere groan under the weight of memoirs from retired criminals of all types. It’s a growing market if you have the stomach for the source material and the ability to produce accurate, tasteful, intelligent writing, although peddling ‘trash for cash’ will probably provide bigger money. So what do you need to be a decent true crime writer?

A strong stomach is essential. Spending your days looking through crime scene pictures, watching documentaries, reading trial transcripts and pondering the darkest aspects of the human mind really isn’t for anybody particularly squeamish. Personally, although true crime is my main breadwinner, I regularly cover other subjects as a form of light relief. It’s also unhealthy, for me anyway, to spend your entire professional life immersed in other people’s suffering. So I’d certainly advise having other subjects you can work on whenever the need hits you to take a break from the Dark Side. 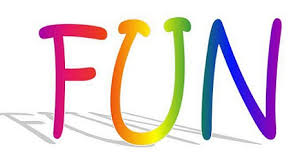 A degree of humanity is also essential. Remember, true crime is NOT fiction. It involves real people, real crimes and real suffering. Granted, you may become hardened to some degree when writing true crime over an extended period. That’s to be expected and isn’t something to be concerned by provided it stays in check. But if you want to write true crime to a decent standard then you also need to maintain a sense of perspective and a professional attitude to the subject matter and source material even when it is unpleasant. A lot of the time, it will be. Also consider whether or not you can handle the more personal aspects of the genre like interviewing criminals. Many people, even professional true crime writers, find it uncomfortable sat across a table from a retired gangster or sitting in a prison visiting room with someone jailed for repeated crimes of violence. You may very well find that, after your first interview with a professional criminal that you’re more comfortable sticking to historical true crime, cases from decades or even centuries ago where you’ll have no need to meet people you might prefer to avoid.

Your professional attitude should extend into your writing style. Make your writing respectful of the subject matter without being mawkish and dripping with excess pathos. Always be clear and concise while retaining enough sensitivity to write like a human for other humans, not a robot devoid of any gentler feelings. Above all, if you’re serious about true crime and trying to elevate it from its oft-perceived level of voyeuristic sleaze (true crime written in a style almost pornographic) then definitely stay as far as possible from anything tacky or cheap. Be empathic without making it a pity party. Be objective without sounding more like a robot than a person.

Regarding basic writing standards, the same applies. Be thorough in your research. Check your facts. Where different sources give conflicting accounts consider those sources carefully. You can often tell truth from lies depending on whose account it is. For some reason, criminals have a terrible tendency to lie whenever convenient. Always bear that in mind, especially when they are denying having done something. As an acquaintance once put it “There’s no place like prison for meeting innocent men.” A healthy degree of cynicism and never taking anybody’s word as gospel are important in solid, competent true crime writing.

True crime writing has a particular inherent challenge. Unlike genres such as history, those involved tend not to leave smoking guns lying around. A military historian still has to check facts, ask questions and draw conclusions based on available evidence, but generals tend to leave diaries, logs, written orders, battle plans, messages and other evidence adding up to ‘Who? What? Where? When? Why?’ Hardened criminals facing life without parole (or worse) for a day’s work tend to do the exact opposite. Incriminating evidence (witnesses included) tends to be quickly disposed of and not left lying around for anybody to find. Evidence can be lost, never discovered to start with, deliberately suppressed or destroyed and so an important part of true crime writing is being able to assess what evidence is available, where and who it came from, how it was found and then filling in any gaps as best you can with what seems the most educated guesswork. By the way, the most solid explanations aren’t always the first ones that come to mind. Don’t take the most obvious, simplistic ideas and present them as hard fact and always differentiate between what the evidence confirms and your personal speculations. Always trust your readers to be bright enough to make up their own mind (because they are) and give them the best means to do so (solid, honest writing).

Market research matters. It’s not simply finding true crime websites, blogs and magazines, there are plenty around. But if you want to be a serious true crime writer then you’ll want customers who avoid shameless ‘trash for cash,’ preferring serious writers offering intelligent contributions and (like any job) you want customers who’ll pay fees agreed and pay promptly. A good example of an honest broker is www.crimemagazine.com, my main customer for true crime work. ‘Crime Magazine’ is popular online (great for high rankings on search engines), the writing is intelligent and tasteful (‘trash for cash’ is definitely not welcome here), the editor has high standards for what’s publishable and (if your work is published) he always pays what’s agreed, pays promptly and (good news for novices just starting out) takes chances by actively encouraging new writers provided their work is up to scratch. If you’re either looking to make some extra cash or you’re just starting out and building your client base then it’s a great place to start.

When you’re deciding what to write about don’t automatically go for the most obvious ideas. By all means consider the ‘classics’ like Dr. Crippen, Al Capone, John Dillinger, the Mafia and so on. But don’t be afraid to dig deeper. Find lesser-known cases with features that particularly stand out. For example, Herbert Rowse Armstrong was the only British lawyer ever to hang for murder and the murder committed by John Lee was far overshadowed by his failed execution (making him famous as ‘The man they couldn’t hang.’ Offering lesser-known cases with particular quirks shows original, fresh thinking. True crime editors probably receive a dozen pitches, queries and unsolicited articles every day about the likes of Capone or Crippen often containing little information not already revealed and so they probably don’t need another one. Originality often counts when pitching and querying potential customers so, if you’re serious about true crime, start with plenty of reading and perhaps collecting books to build a reference library. Amazon is a particularly good place to buy true crime books (often including rarities unlikely to be in mainstream bookshops). Amazon’s prices can often be lower as well, which cuts your overheads and gives you access to books you might not otherwise obtain. 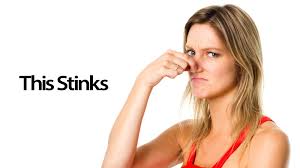 True crime is much-maligned in some quarters, not always unfairly. It doesn’t need to stay that way provided writers themselves deliver intelligent, tasteful writing over ‘trash for cash’ muck-raking. It’s not for the squeamish, but not for the callously indifferent or voyeuristic either. True crime might be seen by some as a poor relation to more ‘respectable’ genres, but that doesn’t mean you can lower your writing standards. Your writing style should be engaging and interesting, but never sacrificing substance for style. Consider covering the ‘classics’ while still looking for either original cases or enough new information to revitalise old ones.

True crime might be looked down on by some people and its writers looked upon as ‘Miserable children of a luckless tribe’ (a remark made about the early war correspondents), but it has its uses and it’s a fascinating genre. Assuming I haven’t put you off already, give it a try. The competition helps keep me sharp.