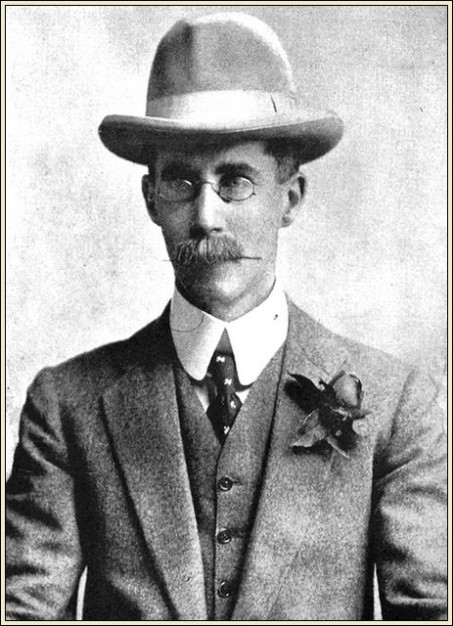 Herbert Rowse Armstrong, the only British lawyer to be hanged for murder,

Next up in a parade of deliberately-forgotten Plymouth folk is Major Herbert Rowse Armstrong. Retired Army Major, former MP for Plymouth, respectable small-town lawyer, embezzler, fraudster, repeat poisoner and one of Britain’s most notorious murderers. His case isn’t especially memorable in itself, bored and bitter husbands poisoning their wives is nothing new in the true crime trade, but only one British lawyer was ever hanged for murder and it happens to be this chap.

Now many wags, seeing that Armstrong was the only British lawyer to be strung up, might well be thinking ‘Well, it’s a pity more lawyers don’t hang, but at least they made a start.’ or some other macabre witticism. There are also those who believe Armstrong was framed and should never have kept his date with the hangman. If you visit the town of Hay-on-Wye where Armstrong did his dark and deadly deeds (and famous today for its international literary festival), there are still two distinct bodies of opinion on whether he did them at all. I was there a couple of years ago and feelings can still run high on Hay’s most famous (and notorious) resident.

Armstrong’s legal career began after graduating from Cambridge and his first law practice was in Devon, Newton Abbot to be precise. He was born in Plymouth on May 31, 1869 and his childhood home was in Princess Square. Like much of pre-war Plymouth it now no longer exists. What Hermann Goering’s lads couldn’t demolish in wartime mostly fell to the city planners after VE Day, hence the grey, uninteresting concrete jungle that passes for Plymouth city centre. But we digress…

After taking a partnership in a law firm in Hay, the Armstrong’s moved there and initially all was well. At least until the arrival of a certain Oswald Martin. Martin joined Hay’s other law firm and displayed all the conscientiousness, reliability and work ethic that Armstrong conspicuously lacked. With a lawyer available who actually made a decent effort, locals began deserting Armstrong and hiring Martin instead. Business began to slacken off and profits began to dry up. Armstrong needed money to cover his debts and to remove his troublesome rival. He decided on fraud to cover his debts and arsenic to resolve the Martin situation. Domestically, things were increasingly troublesome as well. His wife Katherine, also a native Devonian, was a domineering, quarrelsome, hectoring individual who ran the Armstrong home like her personal fiefdom. To Armstrong, who’d achieved the rank of Major and briefly served in World War One (while cleverly managing to avoid being under fire except once) she was a pain in the neck. She also had a considerable estate so, should she succumb to sudden illness, her husband would be her sole beneficiary.

Armstrong managed to cook the books at his law practice for a while to hide his financial woes, but time was running out. Having embezzled money held as a deposit for a local land deal Armstrong couldn’t then complete the sale because the deposit would be asked for. Stalling the buyer and vendor on completion exasperated both of them so much that they decided to abandon the deal and demanded the deposits be returned. Armstrong didn’t have the money he was supposed to be holding in trust.

First to suffer (after Armstrong’s defrauded clients) was his annoying, domineering, cash-rich wife. Katherine’s health began to fluctuate and she went in and out of hospital during 1921 and 1922.  She always recovered in hospital, but also always became ill while under Armstrong’s care. Armstrong, being a keen gardener, always had large amounts of arsenic in hand and, curiously, her repeated illnesses bore the hallmarks of arsenic poisoning. She died suddenly and Armstrong profited, buying him some more before being publicly outed as a crook in addition to a second-rate and lazy small-town lawyer.

Next on Armstrong’s hit parade was his professional rival Oswald Martin. Not long after the unfortunate departure of Katherine Armstrong (an event her grieving husband barely grieved over at all even in public) Martin received an anonymous gift of a box of chocolates. Not liking chocolates he gave them to his wife and his sister also ate a couple. Both Mrs Martin and her sister-in-law fell seriously ill. Then Martin (who’d been acting for the other party in Armstrong’s embezzled land deal and consequently had no fondness for Armstrong) received a sudden invitation to afternoon tea at Armstrong’s home. Armstrong gave him tea and made sure he ate a particular scone which Armstrong handed him rather than offering the whole plate with the words ‘Please excuse fingers.’ Not a memorable breach of etiquette, as a rule, but it certainly seemed memorable to Martin when he was suddenly and almost fatally ill. Again, his symptoms bore all the classic signs of arsenic poisoning.

The Martin’s all survived, but spent several months living in Hay (a very small place) with Martin’s office right across the street from Armstrong’s and with their would-be murderer not only making polite conversation on a daily basis but persistently inviting both Martin and his wife for another dose of his highly-dubious afternoon tea. The strain must have been almost intolerable. Bad enough for the Martins that they firmly believed Armstong was trying to kill them. Worse that they had to socialise with their would-be assassin as well.

Martin first alerted the local GP, Doctor Hincks. Hincks had treated Martin and Mrs Armstrong and Martin’s suspicions were matched by his own. They were more than matched when Hincks sent the box of chocolates to a private lab for a toxicology test. Lo and behold, a couple had been hollowed out, their fillings replaced with pure white arsenic and melted chocolate smeared over the holes. Enter Chief Inspector Crutchett of Scotland Yard…

Crutchett and his partner, Detective Sergeant Sharp, were hampered by having to work in secret. As a suspect in his wife’s poisoning (proved when her body was exhumed and tested for arsenic) and in the attempted murders of three other people, Armstrong was seen as the type who would either attempt escape or suicide if he knew Scotland Yard were on to him. In the end it made no difference. On New Year’s Eve, 1922 they dropped by Armstrong’s office, questioned him and then arrested him for the murder of his wife. And what did they find when they turned out his pockets before taking him away? A small wrap of special pharmacist’s paper in his waistcoat pocket. A wrap of paper containing a lethal dose of arsenic. When they searched his office they also turned out his desk drawers. Another, larger, package of arsenic was found stuffed inside the desk itself.

Armstrong was quickly tried, convicted and condemned to hang. His appeal failed and this truly poisonous Plymothian met his end at the hands of chief hangman John Ellis at Gloucester Prison on, with a bitter irony, May 31, 1923. It was his 53rd birthday. 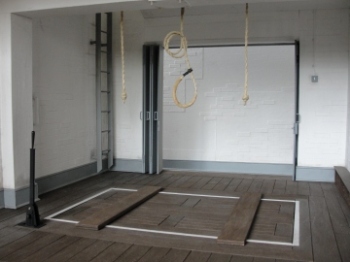 Like a certain Duncan Scott-Ford it’s unlikely that Plymouth’s boosters are likely to put this gentleman in the tourist leaflets. In fairness, he’s been dead since 1923 and his crimes were committed on the Welsh border so it’s no great surprise. That said, he was a local lawyer, Plymouth’s Member of Parliament at one time and, ironically, campaigned heavily on behalf of John ‘Babbacombe’ Lee whose failed execution gave him the unwelcome notoriety of being ‘The man they couldn’t hang.’  passage by murdering his wife and attempting to murder two other people, went from this world to the next without any mishap.